Delivered right to your door in 2 weeks. Learn more

Choose fabrics, linings, and everything in between. Learn more

Completely made to measure - just for you. Learn more 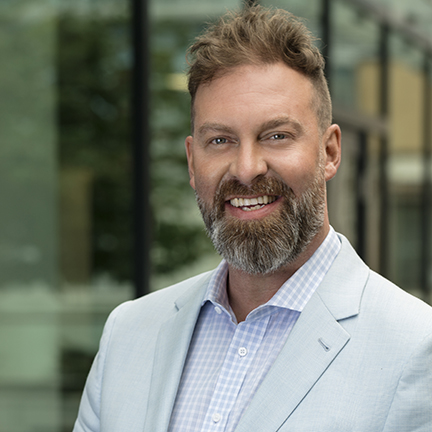 Drew Green is an award winning Chief Executive Officer, entrepreneur and expert in managing fast-paced, high-growth companies. A visionary leader, Green has created one of the world's fastest growing apparel brands. Since 2015, he has established significant strategic capital and global alliances that has led to over 500% growth, and enhanced profitability KPI's. Previously recognized as Top 40 Under 40, as well as CEO of the year, Green has been recognized for his accomplishments throughout his career. In 2017, Green was awarded the Innovation in Retail award by the University of Alberta. In 2018, he was awarded Breakout Retailer of the Year by Chain Store Age and was selected as the Entrepreneur of the Year by Ernst and Young.

Green's vision, decisiveness and commitment has grown INDOCHINO over 5X, in just four years, while turning the company EBITDA positive since 2017. Over the past four years, INDOCHINO launched and then expanded its retail network across North America to include 55 showrooms by the end of 2019, with more than 20 additional showrooms planned for 2020.

Over the past four years, Drew has established up to $100M CDN in strategic long term capital commitments from Madrona Venture Partners, Highland Consumer, Dayang Group, Mitsui & Co and Post Media, setting the company on a path to become a globally recognized brand.

INDOCHINO continues to focus on innovation. In 2018, the company expanded beyond formalwear into new categories to include custom casual pants, casual shirts, shorts and outerwear. Drew is committed to continuously improving fabric assortment, enhancing the product and reducing delivery times to become the undisputed worldwide leader in custom apparel.

Prior to INDOCHINO, Drew founded and was CEO of SHOP.CA, Canada’s first multi-merchant marketplace, which is now owned by EMERGE COMMERCE, a company he leads as Chairman and major shareholder. EMERGE has successfully combined six eCommerce brands globally over the past two years and raised significant capital towards global expansion. Throughout his career, Drew has played key leadership roles at companies that have created billions in shareholder value: DoubleClick (acquired by Google), SHOP.COM (acquired by Market America) and Flonetwork (acquired by DoubleClick).

As an enthusiastic champion of Canadian Entrepreneurs, Drew has become a founder, chairman and/or a shareholder for 25 private companies that drive innovation and growth across commerce, consumer products, artificial intelligence, technology and real estate industries. Drew is a proud member of the Board of Directors at The Scarborough Hospital Foundation, which oversees a network of hospitals in one of the most underprivileged and underfunded urban areas in Canada. He plans to significantly redevelop this Canadian district in the decades ahead through an EMERALD CITY vision he’s developed. 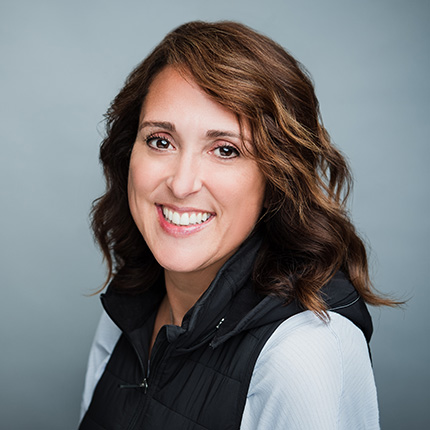 Ms. Averill comes to lululemon from REI, where she most recently served as the brand's first-ever Chief Information Officer. While at REI, Ms. Averill led the company’s technology strategy, overall IT operations, and technology transformation that enabled its member and employee base to more deeply connect with its purpose for people to enjoy the outdoors.

Prior to REI, Ms. Averill spent over a decade at Nordstrom where she held several key positions on the company’s IT leadership team and was responsible for driving online, store, and omni-channel innovation within Nordstrom’s technology platforms. Ms. Averill received her MBA from the University of Washington, and Bachelor’s in computer science from Seattle Pacific University. She serves on several non-profit STEM and education advisory positions, working to provide access to technology careers for all. She is also a mother of three and enjoys spending time with her family in the Puget Sound, and traveling across the world. 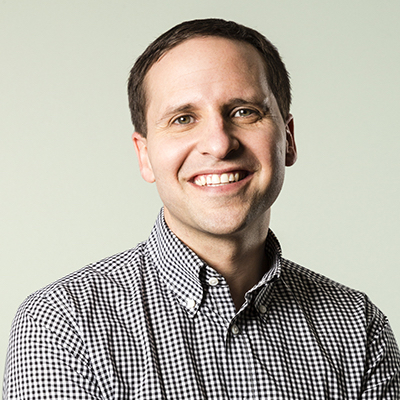 Scott joined Madrona Venture Group in 2007 and serves on the boards of INDOCHINO, Teachstreet and Yieldex. He also served on the board of Jambool prior to its acquisition by Google in 2010. Scott is particularly interested in consumer web, e-commerce, digital media, and mobile technologies that present opportunities for disruption of large, established markets. Prior to joining Madrona, Scott worked at Amazon.com, where he held senior product and business management positions in the Amazon Kindle and Marketplace groups. Scott graduated cum laude from Northwestern University, where he received his bachelor's degree in Applied Mathematics and Economics. He received an MBA from the Stanford Graduate School of Business, where he was an Arjay Miller Scholar. 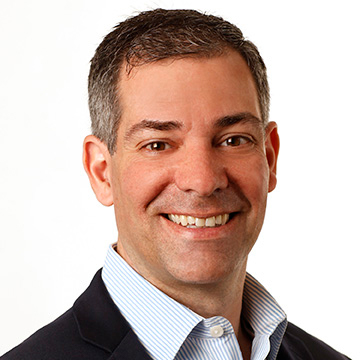 Peter is a Managing General Partner of Highland Consumer Partners. He has more than 18 years of experience in mergers and acquisitions, private equity and venture capital. He is involved in all aspects of the investment process from investment origination, transaction negotiation, and execution of post-closing development. Prior to Highland Consumer Partners, Peter was a Managing Director at H.I.G. Capital LLC, a leading middle market private equity firm. Peter graduated from Babson College with BS in Finance, Investment and Economics and holds an M.B.A from the University of Pennsylvania’s Wharton School. 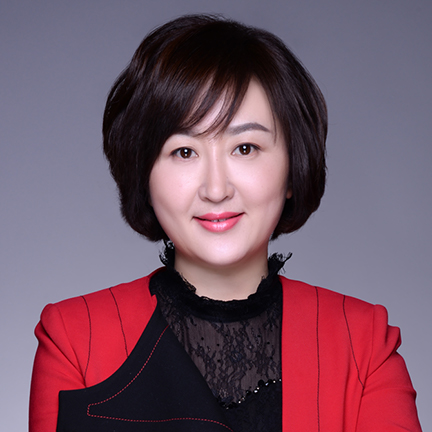 Dongmei Hu became CEO of Dayang Group, which is based in Dalian City, China, in 2016. Prior to that, she was the company’s Chief Financial Officer. Mrs. Hu received her Master Degree in Accounting in 2000, and afterwards became fully dedicated in the apparel industry, globally. Throughout her career, Mrs. Hu has been a recognized leader within the industry, with many honorary titles such Model Worker of China Textile Industry; China Top Ten Young Excellent Entrepreneurs; Outstanding Entrepreneurs of Liao Ning Province. Mrs. Hu has also served as secretary of the board of directors of listed companies in China for over 10 years. Through these roles, Mrs. Hu has been involved in corporate governance, financial management, human resource management, international trade, brand operation and many other positions of authority.

Mrs. Hu is a recognized leader within the apparel industry and has an outstanding track record of success in corporate strategy, brand operation, financial management and other corporate development functions. Recently, Mrs. Hu has lead the globalization strategy of Dayang’s Made to Measure business, which has become industry leading, and is currently one of the largest Made to Measure manufacturer’s in the world. Trands, a luxury Chinese men's wear brandowned by Dayang Group, was recognized by the Chinese Clothing Association as "representing the highest quality of Chinese men's wear", and is proudly worn by celebrities and international business executives, globally. 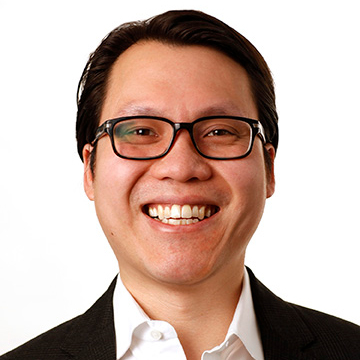 Michael is a Principal at Highland Consumer Partners where he focuses on consumer goods, services and specialty retailers. He is actively involved in the Highland Consumer Partners' interests in True Science, City Sports, Pharmaca, Life Gear and Guitar Center. Previously, Michael was a Senior Analyst in the Consumer & Retail Corporate Finance Group at William Blair & Company. Micahel graduated from University of Chicago with an A.B. Economics and Public Policy. 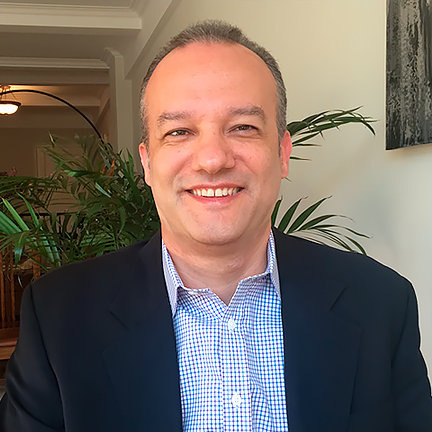 Headquartered in Tokyo, Japan, Mitsui & Co. Ltd. is one of the most diversified and comprehensive trading, investment and service enterprises in the world, employing over 45 thousand employees, with 140 offices in 65 countries. Amit has been with Mitsui since 2013, and is primarily responsible for sourcing, executing and integrating new investments and acquisitions in the areas of Tech Enabled Services, Education, Consumer (Retail) and Healthcare across North and South America.

Prior to Mitsui, Amit spent over 15 years in the Investment Banking and Private Equity industries, advising and investing in dozens of middle market companies in a variety of industries. He has extensive experience across the asset class spectrum in both growth as well as turn-around\restructuring environments. Amit received an MBA from Tel-Aviv University, and a BA in Economics and Management, from the Technion – Israel Institute of Technology. He served as a Lieutenant, in the Israeli Defense Forces..